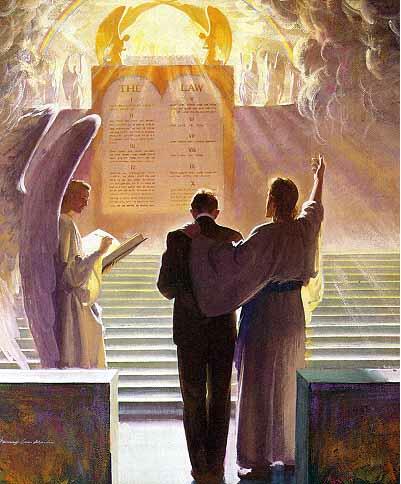 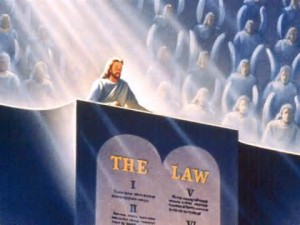 Lawbreaking exposes soul to the full assaults of Satan. Your ruin never occurs until your will consents to the temptation.

Some regard sin as altogether so light a matter that they have no defense against its indulgence or its consequence. . . .
If you suppose for a moment that God will treat sin lightly, or make provisions or exemptions so that you can go on in committing sin, and the soul suffer no penalty from so doing, you are under a terrible delusion of Satan. Any willful violation of the righteous law of Jehovah exposes your soul to the full assaults of Satan.
When you lose your conscious integrity, your soul becomes a battlefield for Satan; you have doubts and fears enough to paralyze your energies and drive you to discouragement. . . .

Remember that temptation is not sin. Remember that however trying the circumstances in which a man may be placed, nothing can really weaken his soul so long as he does not yield to temptation but maintains his own integrity. The interests most vital to you individually are in your own keeping. No one can damage them without your consent. All the satanic legions cannot injure you unless you open your soul to the arts and arrows of Satan. Your ruin can never take place until your will consents. If there is not pollution of mind in yourself, all the surrounding pollution cannot taint or defile you.
Eternal life is worth everything to us or it is worth nothing. Those only who put forth persevering effort and untiring zeal with intense desire proportionate to the value of the object they are in pursuit of, will gain that life which measures with the life of God….
We have the example of Adam and Eve before us, and the result of their transgression should lead every soul of us to avoid sin, to abhor sin as the hateful thing it is, and to feel, in view of the sufferings which sin is sure to inflict, that it is better to suffer loss of all things than to depart from the least of God’s commandments.

Likewise reckon ye also yourselves to be dead indeed unto sin, but alive unto God through Jesus Christ our Lord. Let not sin therefore reign in your mortal body, that ye should obey it in the lusts thereof. Romans 6:11, 12. 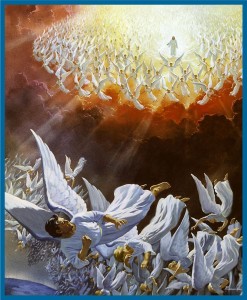 Satan exulted when Jesus left Heaven, and left his power and glory there. He thought that the Son of God was placed in his power. The temptation took so easily with the holy pair in Eden, that he hoped he could with his satanic cunning and power overthrow even the Son of God, and thereby save his life and kingdom. If he could tempt Jesus to depart from the will of his Father, then his object would be gained. Jesus bade Satan get behind him. He was to bow only to his Father. The time was to come when Jesus should redeem the possessions of Satan by his own life, and, after a season, all in Heaven and earth should submit to him. Satan claimed the kingdoms of earth as his, and he insinuated to Jesus that all his sufferings might be saved. He need not die to obtain the kingdoms of this world. But he might have the entire possessions of the earth, and the glory of reigning over them, if he would worship him. Jesus was steadfast. He chose his life of suffering, his dreadful death, and, in the way appointed by his Father, to become a lawful heir to the kingdoms of the earth, and have them given into his hands as an everlasting possession. Satan also will be given into his hands to be destroyed by death, never more to annoy Jesus, nor the saints in glory. 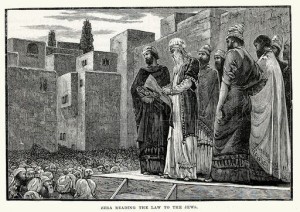 Christ was humbled by taking humanity, and, for a time, during the period of this fearful trial with Satan, he was left alone to cope with the terrible foe. Christ’s human nature endured the pangs of hunger. While emaciated and suffering, Satan came to him with a covering of light, as one of the bright angels from glory, hoping to deceive and insnare the Son of God, whom he regarded as his rival. Satan reasoned with Christ thus: If the words spoken after his baptism were indeed the words of God, that he was the Son of God, he need not bear the sensations of hunger; he could give him proofs of his divinity by showing his power in changing the stones of that barren wilderness into bread: “If thou be the Son of God, command that these stones be made bread.” Satan declared that if he would do this, he would no longer resist his authority; but leave him to the undisputed right to govern the world. Christ meets Scripture with Scripture, by citing the words of Moses, “Man shall not live by bread alone; but by every word that proceedeth out of the mouth of God.” He told Satan that in order to prolong life, obedience to God’s requirements was more essential than temporal food.

To pursue a course of deviation from the purposes of God, in the smallest degree, would be more grievous than hunger or death. Being defeated here, Satan tries another device. To manifest his strength, he carried Jesus to Jerusalem, and set him upon a pinnacle of the temple, and 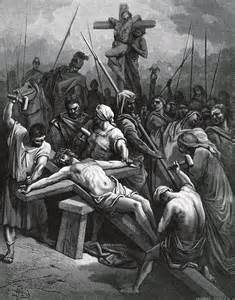 again tempted him, that if he was the Son of God, to give him evidence of it by casting himself down from the dizzy height upon which he had placed him. Satan came with the words of inspiration: “For it is written, He shall give his angels charge concerning thee, and in their hands they shall bear thee up, lest at any time thou dash thy foot against a stone. Jesus said unto him, It is written again, Thou shalt not tempt the Lord thy God.”
Satan, by an insulting taunt, urged Christ to prove his mission by casting himself down from the high eminence whereon he had placed him, declaring that God had promised that angels should bear him up. And if he were indeed what he claimed to be, he had nothing to fear. Again Jesus met the assault of Satan with Scripture: “Thou shalt not tempt the Lord thy God.” Satan wished to cause Jesus to presume upon the mercy of his Father, and risk his life before the fulfillment of his mission. He had hoped that the plan of salvation would fail; but the plan was laid too deep to be thus overthrown by Satan.

Christ is the example for all Christians when tempted, or their rights disputed. They should bear it patiently. They should not feel that they have a right to call upon God to display his power, that they may obtain a victory over their enemies, unless there is a special object in view, that God can be directly honored and glorified by it. If Jesus had cast himself from the pinnacle, it would not have glorified his Father; for none would witness the act but Satan and the angels of God. And it would be tempting the Lord to display his power to his bitterest foe. It would have been condescending to the one whom Jesus came to conquer.
“And the devil taking him up into a high mountain, showed unto him all the kingdoms of the world in a moment of time. And the devil said unto him, All this power will I give thee, and the glory of them; for that is delivered unto me; and to whomsoever I will, I give it. If thou, therefore, wilt worship me, all shall be thine. And Jesus answered and said unto him, Get thee behind me, Satan; for it is written, Thou shalt worship the Lord thy God, and him only shalt thou serve.”

This presumptuous blasphemy, and insult to Jehovah, excited the indignation of Christ, and led him to exercise his divine authority, and command Satan in an authoritative, dignified manner to desist. Here Satan, in his pride and arrogance, declared himself to be the rightful and permanent ruler of the world, the possessor of all its glory, as though he had created the world and all the riches and glory contained in it. He endeavored to make a special contract with Christ, to make over to him at once the whole of his claim, if he would worship him.
Here Satan showed Jesus the kingdoms of the world. They were presented in the most attractive light. He offered them to Jesus if he would there worship him. He told Jesus that he would relinquish his claims of the possessions of earth. Satan knew that his power must be limited, and finally taken away, if the plan of salvation should be carried out. He knew that if Jesus should die to redeem man, his power would end after a season, and he would be destroyed. Therefore it was his studied plan to prevent, if possible, the completion of the great work which had been commenced by the Son of God. If the plan of man’s redemption should fail, he would retain the kingdom which he then claimed. And if he should succeed, he flattered himself that he would reign in opposition to the God of Heaven.