We have discovered in lesson one that God’s Great Blessing is His Personal Presence.  He is life, and the destroyer can do no harm in the presence of God, Satan must yield to the Power of Christ, and  flee from the life giver.

The bible says all we have to do is resist, “resist the devil and he will flee from you” James 4:7.  Why do you think Satan would flee from you… We have no power… The only answer that remains is God’s presence abides with those who ask and seek Him.  God’s plan is to be  in us and with us always.  Joh 15:4  Abide in me, and I in you. As the branch cannot bear fruit of itself, except it abide in the vine; no more can ye, except ye abide in me.   He will always be with us, “…and, lo, I am with you alway, even unto the end of the world. Amen. Mat_28:20

He has promised never to forsake us for even a moment in time, “Deu_31:6  Be strong and of a good courage, fear not, nor be afraid of them: for the LORD thy God, he it is that doth go with thee; he will not fail thee, nor forsake thee.”

Why will Satan flee when we resist him?  A fallen angel has no power to resist the Life Giver and Law Maker.  It was Christ who set the laws of this world in motion and His personal presence provides the human in his own weakness with divine resources which no being is equal to.  Satan must flee at the command and presence of Christ.  We don’t resist by natural means, or anything we could do, we resist by trusting in the power of Christ.  All heaven awaits with joy to watch the love of God manifested in mighty power as it comes down and brings off weak mortals as  mighty conquers against Satan and his foes.

How do we resist, by faithfully (trustfully) calling upon God’s name, and asking Him to do for us that which we don’t have power to do for ourselves.  He is near, if we call upon His name he will save us.  Many I know because of physical oppression could hardly call upon the name of God, and could only mutter, but God saved them from their trial.  When they tried, and made an effort even if they couldn’t verbalize the name of Jesus, He came to save them. 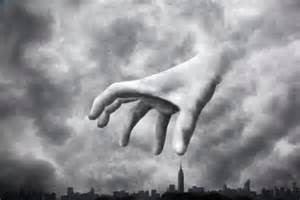 Adam and Eve were original covered by God’s presence as a robe that wrapped them in light.  It was His Glory which is His Character that illuminated the holy pair in Eden ( His Attributes/Identity/Character) they were clothed by.  This clothing was proof of a connection with God that would have remained inseparable were it not for Satan’s malicious hatred for this immortal garment.   It was the first object of his attack that caused Satan to move upon the human race in seeking to strip them of the garment of Eternal Life,  be shut out of the presence of God, and accompany him in his own fatal end.  This was his object in seeking to tempt mankind.

When man yielded to the words of Satan and accepted the destroyers word as their authority by eating of the tree of knowledge, then as God had warned them, “in the day ye eat thereof ye shall surely die.” was validated they discovered that they were naked.  The garment of light had faded, and they were left without eternal life.  Adrift on the sea of life with only a temporary existence Adam and Eve fearfully learned the results of turning from God’s word.   What remained in the possession of Adam and Eve was only temporal/mortal life, and this too, Satan was determined to cut short had not Christ interposed. 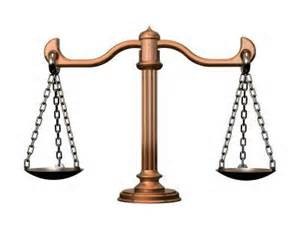 But it was much more than temporary life which Christ came to guard them from losing.  He along with the Father is Creator of the Universe, and He would enlist all of His creative power in one great act of redemption to restore the immortal garment man had lost in Eden.  Calvary paid the price of eternity lost, and all mankind through the blood shed at Calvary would be offered a probationary term of life to choose whether they would have eternal life or accept Satan’s lies (Satan’s Principles/Character) and perish. 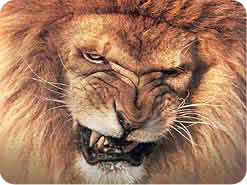 Today if we are to conquer Satan we can not clothe ourselves in plain common fabric make of natural material as Adam and Eve clothed themselves with fig leaves.  Adam and Eve were then counseled by Christ himself on how to put on the full armor of God and be clothed in his righteousness.

Listed below are the agencies for you to utilize that will enlist the host of heavenly angels in your behalf and bring you off more than conquer in the battle against Satan and the fallen angels.

Eph 6:10  Finally, my brethren, be strong in the Lord, and in the power of his might.
Eph 6:11  Put on the whole armour of God, that ye may be able to stand against the wiles of the devil.
Eph 6:12  For we wrestle not against flesh and blood, but against principalities, against powers, against the rulers of the darkness of this world, against spiritual wickedness in high places.
Eph 6:13  Wherefore take unto you the whole armour of God, that ye may be able to withstand in the evil day, and having done all, to stand.
Eph 6:14  Stand therefore, having your loins girt about with truth, and having on the breastplate of righteousness;
Eph 6:15  And your feet shod with the preparation of the gospel of peace;
Eph 6:16  Above all, taking the shield of faith, wherewith ye shall be able to quench all the fiery darts of the wicked.
Eph 6:17  And take the helmet of salvation, and the sword of the Spirit, which is the word of God:
Eph 6:18  Praying always with all prayer and supplication in the Spirit, and watching thereunto with all perseverance and supplication for all saints;

Now, after Adam and Eve had sinned  the garment (the living presence of Christ) could only be maintained by exercising faith and trust in the word of God.  It would not be natural to maintain this garment of life as they once were clothed.  But if they chose (as all mankind may choose) to trust in God’s word they would be protected from all the unrighteous assaults of the enemy.  We are promised Christ presence if we choose to live by his principles for the bible says, “Joh 15:10  If ye keep my commandments, ye shall abide in my love; even as I have kept my Father’s commandments, and abide in his love. ”

If we choose to follow Christ, and obey Him, He will accompany us, and abide with us always.

Rom 8:38  For I am persuaded, that neither death, nor life, nor angels, nor principalities, nor powers, nor things present, nor things to come,
Rom 8:39  Nor height, nor depth, nor any other creature, shall be able to separate us from the love of God, which is in Christ Jesus our Lord. 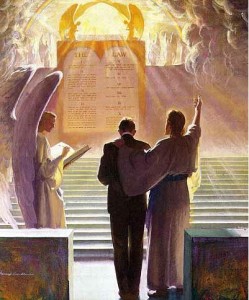 Please go to the next article on Total Deliverance here: Demonic Power Total Deliverance Now! and don’t miss the video testimony watch the movie at the top of the home page just under the header Trip Into The Supernatural.com