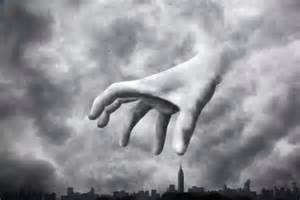 The dangers of hypnotism are of a massive scale yet those who benefit the most from hypnosis say with sure plausibility that there is absolutely no danger.  We will reveal the facts in this article that prove hypnotism is extremely dangerous and show cases of people who have died sometime after being hypnotized.

We will be reviewing an article from the Washington Post in which 3 teen agers died shortly after being hypnotized by their high school principal.  The article below  reveals the mortal danger of hypnotism even death is taken in it’s entirety from the Washington Post.  Hypnotism originated from occult spiritualism and was recently (last 120 years) with craft and subtly introduced as a science for an aid to help humanity.

” Hypnotism, once classed as an occult science, has gained, though only within recent years, a definite scientific status, and no mean place in legitimate medicine. Nevertheless, its history is inextricably interwoven with occult practice, and even today much hypnotic phenomena is associated with the psychic and occult, so that a consideration of hypnotism remains a necessary component in any mature understanding of the occult world science of both our own time and the past.from www.encyclopedia.com“.

” There is, however, a form of mind cure that is one of the most effective agencies for evil. Through this so-called science, one mind is brought under the control of another so that the individuality of the weaker is merged in that of the stronger mind. One person acts out the will of another. Thus it is claimed that the tenor of the thoughts may be changed, that health-giving impulses may be imparted, and patients may be enabled to resist and overcome disease. Ministry of Healing pg. 242″.  One person should never give up his mind to the control of another person.  It is the devil’s science.

” A Florida school board will pay $600,000 to settle a stranger-than-fiction case involving a principal who hypnotized dozens of students, including three who died shortly after being put under, according to the Herald-Tribune newspaper.

George Kenney, the well-liked principal of North Port High in Sarasota County, was known for his interest in hypnosis. He hypnotized anxious students to help them relax and anxious athletes to help them perform better.

School district officials warned Kenney not to hypnotize students unless he did so as a demonstration in psychology classes. But he continued to hypnotize young people outside of class with parent permission, the Tampa Bay Times reported.

And some families said the sessions helped. As the Herald-Tribune reported in 2011:

Brett Wilson, the father of North Port senior Casey Wilson, said Kenney’s hypnosis has helped his son relax when shooting free throws on the basketball court and taking tests. Kenney did not charge for the numerous sessions with Casey, Wilson said.

“We basically worked with him on a focus-type of thing, on foul shooting and anxiety,” Wilson said. “He would sit with him and relax him, and say things like, ‘See yourself making a free throw.’ It worked wonders. And his test scores have come up on the ACT.”

But on April 8, 2011, 16-year-old Wesley McKinley was found dead in a vacant home near his family’s house. Kenney admitted to hypnotizing the teenager three times, including the day before McKinley committed suicide.

Within a matter of weeks, an investigation had been launched, and Kenney had admitted to hypnotizing not only McKinley but more than 70 other students and staff. Two other students who had been hypnotized by the principal had also died.

Marcus Freeman, 16, died in a fatal car accident in March 2011 after he hypnotized himself using techniques he learned from Kenney, according to the Herald-Tribune. And in May of the same year, Brittany Palumbo, 17, hanged herself; Kenney had hypnotized her to help her deal with test anxiety.

Kenney was placed on administrative leave in 2011 and was eventually charged with two misdemeanors, including practicing hypnosis without a license. He pleaded no contest, served a year of probation and gave up his teaching license, according to the Herald-Tribune. He now runs an inn in North Carolina, according to the inn’s website and online records. Kenney did not respond to a phone call and an e-mail seeking comment.

In 2012, families of the deceased students each filed a wrongful-death civil suit against the school board, alleging that school officials had failed to do enough to stop Kenney from hypnotizing students.

Each family will each receive $200,000 under the settlement approved Tuesday by Sarasota County’s school board, the Herald-Tribune newspaper reported. The school board members are “just happy to put this behind them,” their lawyer Art Hardy told the paper.

A lawyer for the families of the deceased teens told the Herald-Tribune that they hadn’t sued the school district for money, but to ensure that the school district would be more vigilant in the future. “It’s something they will never get over,” said the lawyer, Damian Mallard. “It’s probably the worst loss that can happen to a parent is to lose a child, especially needlessly because you had someone who decided to perform medical services on kids without a license. … He altered the underdeveloped brains of teenagers, and they all ended up dead because of it.”

There is no clear link between hypnosis and suicide. But hypnotizing someone with underlying mental health issues can cause problems, the Tampa Bay Times reported in 2011:

“If a student or person is needing something to help them relax, there is usually some underlying issue causing that anxiety and they probably should see a mental health professional,” says Richard Spana, a Tampa psychologist.

“The issue in working with hypnosis is that there can be latent things that are triggered, like past experiences and memories, and the patient can have a bad reaction,” Spana said. “Does hypnosis cause suicide in and of itself? That’s not really likely. Can it trigger some sort of mental health problem that was dormant? Yes.”  Article from The Washington Post https://www.washingtonpost.com/news/education/wp/2015/10/07/three-teens-died-after-being-hypnotized-by-their-principal-now-their-families-are-getting-200000-each/?noredirect=on&utm_term=.3b37e4b7e6ea “.

More on mind control and hypnotism on this article: Controlling the Mind