The video Trip into the Supernatural (full testimony)  is a true account of the life of Rodger Morneau, one of the few people of whom we have a factual account of their involvement in elite spiritualism, and the worship of fallen angels as seen on this video .  Rodger explains first hand how he became involved in the worship of demons, and how God safely delivered him out of the occult to enjoy a life of freedom.

The book “The Great Controversy between Christ and Satan” spoken of by Morneau reveals  the  battle going on for every soul!  Morneau mentions how powerful this book is.  Start with chapter 29 The Origin of Evil.

Rodger further explains in his testimony Trip into the Supernatural how he exercised faith in God’s promises for deliverance, and although this occult group for a time constantly threatened his life, and even put a paid contract out for his head, God kept His promises, and safely delivered him from his enemies without harm. This testimony will encourage the trembling soul who has feared the occult (Satanism, and devil worship) that powerful Angels sent from heaven are at their hand to aid them if they will only choose to exercise faith in God, and more than this Jesus Christ himself through the presence of the Holy Spirit comes down to lead out in the battle.

For myself, having encountered the works of spiritualism, nothing could be more invigorating, joyful, and life sustaining than to know that God has placed within our reach these invisible agencies (Holy Angels) to minister to us as we exercise faith in Christ that we may experience a life free from deception, lies, slavery, and sin.  If you’re seeking genuine happiness then all that you have sought for is within your reach if you too reader will spend time to come to know that “the things which God hath said are so”.

Actual excerpt of the account below from the book “Trip into the Supernatural”:

“Face it, Morneau, you’re not your own master. I wish you were, but you’re not. The spirits own you in your entirety, and the sooner you acknowledge that, . . . the better off you’ll be.” Roland began pacing the floor, wringing his hands. “What I’m about to say to you I’d rather tell my enemies, instead of a longtime friend.” 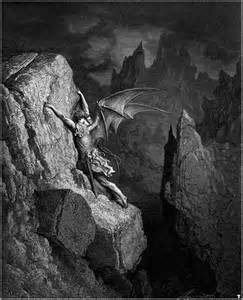 By then Roland was perspiring profusely, although it wasn’t warm in the room. “Your days are numbered–along with those of the young couple responsible for leading you away from the master. Come with me to see the high priest right now. He will restore you to the spirits’ favor, and all will be well. This way no one gets hurt.” Roland again had to pause for a couple of seconds to use his handkerchief.

“One thing in particular the high priest wants you to realize–no one has ever gotten out of our secret society alive. The spirits brought you and me into it, we’re to be in subjection to them, not they to us.”

Events in the life of Morneau from childhood to the war turned him from God until he believed God a tyrant.   Following the war an old  friend introduced Morneau to demon worship. But shortly afterward Morneau learned truths about God that proved to him God was good, and the bible could be trusted, and he wanted out of the secret society even though he was told there was no way out. 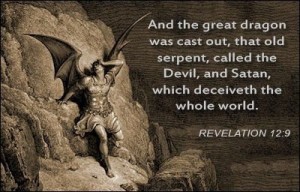 The video is an interview with Rodger by Dan & Karen Houghton of  Hart Research Center.  It also interview first hand witnesses (Cyril & Cynthia Grosse) who were present at the time these events took place, and who were involved in Rodgers deliverance by God.

There are many other witness of the life, and account of Rodger Morneau.  Rodger is a best selling author of Christian books, and all those that knew Rodger have testified of his honesty, and devotion to God.  He is a man of principle, and after his conversion to Christ lived an impeccable life which touched many people.

The testimony of Rodger Morneau has encouraged many people in there own personal battle over the forces of evil proving that the Creator is a personal God who is intimately involved in the affairs of man, and that if we by faith cry to Him for help He will deliver us from all the forces that Hell and the demons can assemble against us.

This book saved me from a life of sin… after becoming exhausted from chasing the glitter of this world, unable to reconcile how a loving God could allow the existence of evil, and suffering, and doubting God’s existence: I prayed a simple prayer stating, “God I want to know the truth, if you love me then I’ve been on the wrong side for too long”, shortly thereafter I received “The Great Controversy between Christ and Satan”.  I have never seen a book (outside of the Bible) that has so unveiled the war between good and evil, explained bible prophecy, and exalted the commitment of Jesus Christ for the salvation of mankind revealing that “God is love.” 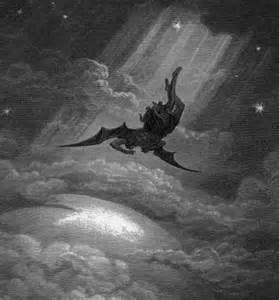 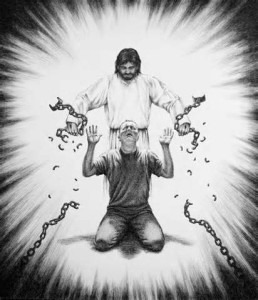 Christ has committed Himself to set you Free regardless of your past…  His personal involvement for the freedom of ever single individual can only be estimated by the sacrifice of His life, and sufferings He experienced for you when He paid the price to set you at liberty on Calvary’s cross. 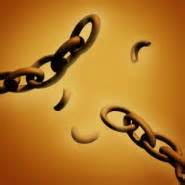 Rom 8:2  For the law of the Spirit of life in Christ Jesus hath made me free from the law of sin and death. Even the devils acknowledge that they are subject to higher powers.  This power is the life of the Creator.  God as Creator has established Laws that Govern the whole universe.  These laws are seen in nature… gravity is a law God set in motion… but the Creator has also established SPIRITUAL LAWS which those (Satan and his angels) who choose to rebel against are still bound by.  And THE LAW OF THE SPIRIT OF LIFE IN CHRIST JESUS will free any soul who comes to him.  God denies no one who feels there need of him.  Jesus said in John 6:37  “him that cometh to me I will in no wise cast out.”

Come to Christ, He will deliver you.   Col 1:13  “Who hath delivered us from the power of darkness, and hath translated us into the kingdom of his dear Son:”